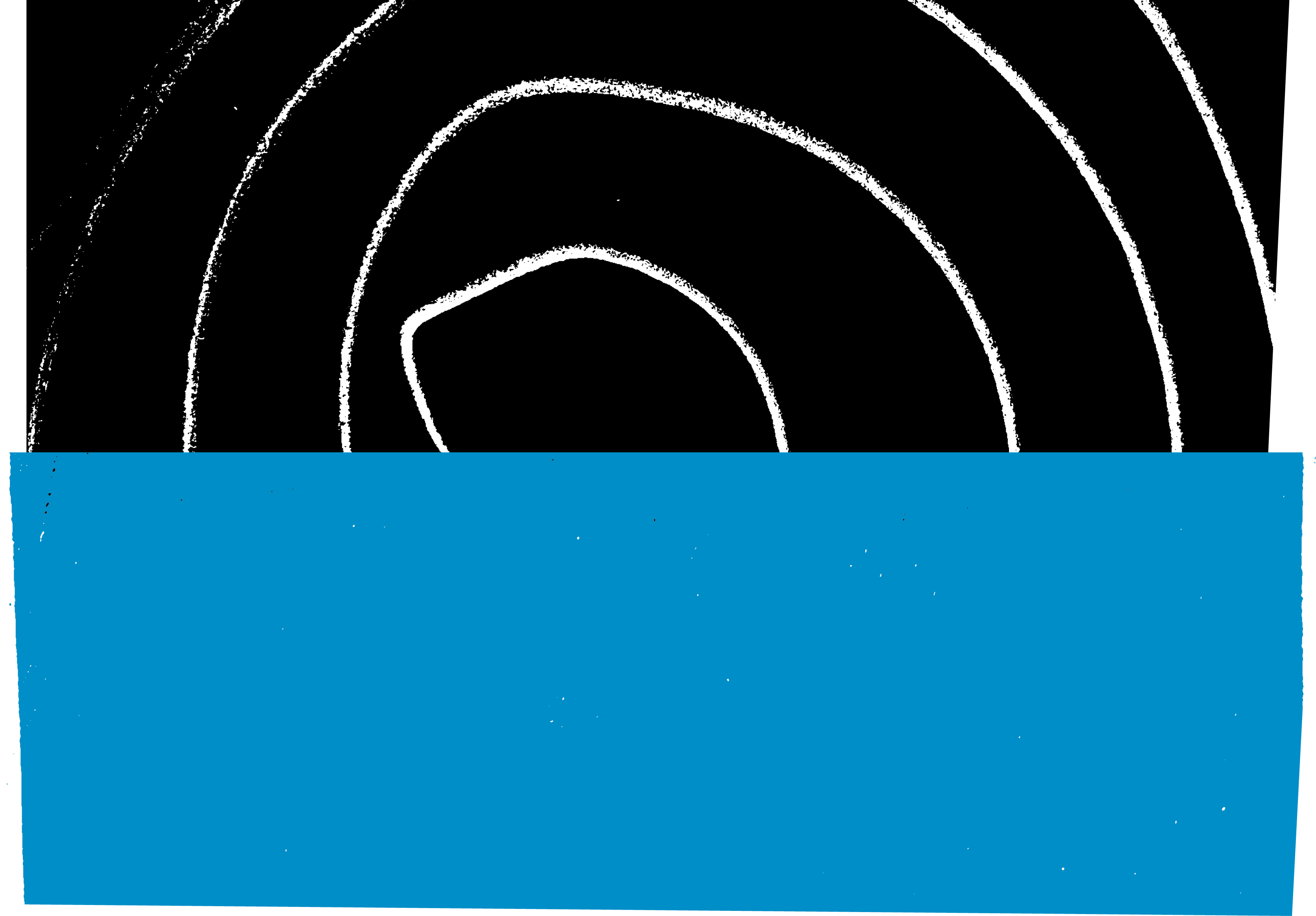 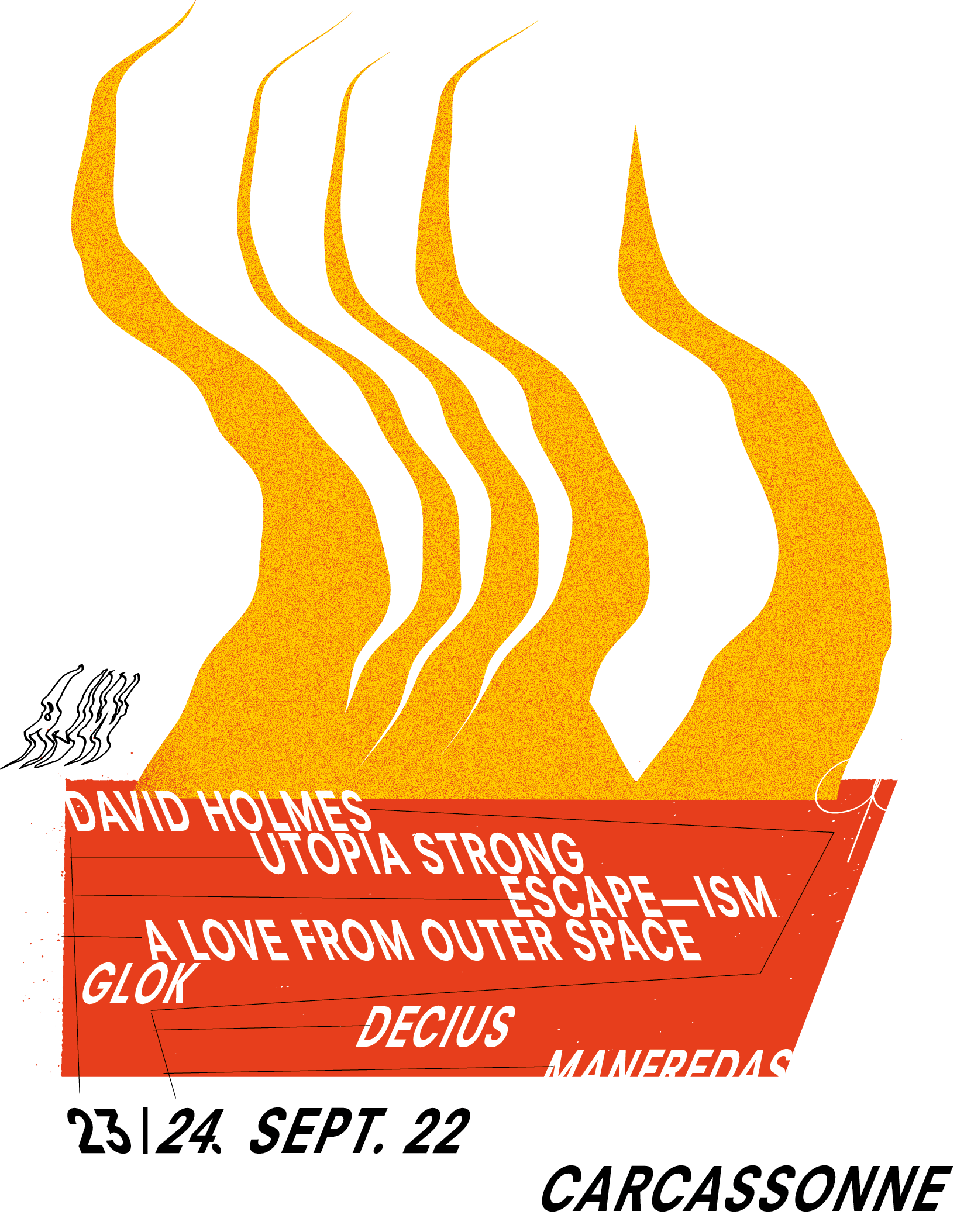 The Temple of Gnostic Sonics

“It’s all about transcendence. I suppose it’s about secular transcendence. And heresy. It’s Gnosticism. Direct contact with the divine without the middle man and that’s what I’m aiming for.”

There’s always been an evangelical streak to Andrew’s endeavours and in order to preach the sweet gospel of Gnostic Sonics, he needed a temple... suitable for a transcendental ritual, when the most jaw-dropping venue you’ve ever seen appeared! That’s how Convenanza started in 2013 and, from then on, believers have been drawn to the castle.

Ceremonial robes and headgears were donned in the courtyard, and the good men and good women were invoked…

Sadly, brother Andrew left this earth programme two years ago… but his teachings and heroic vision remain. With Ian and Lizzie’s blessings, we’ll try to keep the beat and let the invocation continue. David Holmes, a Belfast born DJ & producer will start off proceedings with the MNFE sessions. In his varied professional life, he has produced five of his own albums and over 30 film soundtracks.

Having DJed from the age of 15, David went on to run one of Belfast’s most revered club nights: Sugar Sweet, with guests such as Andrew Weatherall, Orbital and The Chemical Brothers bringing acid house and early rave culture to a city steeped in The Troubles. Soon after came numerous record releases, collaborations and legendary DJ mixes (his 1997 Radio 1 Essential mix – still considered an all-time classic). David has produced Noel Gallagher, Primal Scream, Manic Street Preachers and has remixed the likes of Orbital, Jarvis Cocker and many more. However, it was David’s love of cinema that kickstarted the most prolific and rewarding arm of his career in music. His highly acclaimed soundtracks for Steven Soderbergh on over 10 films (most notably the Oceans 11-13 series), Michael Winterbottom and Steve McQueen have won him multiple awards over the years and more recently he has worked with his band “Unloved” on all seasons of the much lauded BBC’s 'Killing Eve'. Never one to stand still, David is currently working with Irish director Neil Jordan and releasing music on Heavenly Records. ‘Hope Is The Last Thing To Die’ emerged late in 2021 featuring vocalist Raven Violet. A follow up 'It’s Over, If We Run Out of Love’ also featuring Raven was released in February 2022. Both singles were A-listed at BBC 6 Music. His round-about selection of cinematic, library music, rock ‘n’ roll, psych, experimental, unclassifiable and independent music under the banner of God's Waiting Room continues to appear at venues around the world and on a regular slot at NTS radio show.

Wizard writer David Keenan turned us on to The Utopia Strong at Convenanza.

Andrew liked it so much that he described it as ‘Gnostic Sonics in a nutshell’ after playing ‘Brainsurgeons 3’ on his NTS radio show. The band consists of Steve Davis (Magma fan and the six-times world champion who dominated snooker in the 1980s), Kavus Torabi of Cardiacs, Gong… and Michael J. York of Coil. Live, they effortlessly mix pulsing Krautrock and hypnotic synthwork. Perfect to commence the ritual in the castle.

Andrew was a big fan of Ian Svenonius’ previous band: Chain & The Gang and borrowed the title of one of Ian’s songs, “Music’s Not For Everyone”, to name his radio show on NTS. Known internationally via bands The Nation of Ulysses, The Make-Up and Chain and The Gang among others, Ian has also authored three books and numerous articles and essays while somehow still finding the time and inspiration to work as an actor, TV host, and DJ. His new Escape-ism project with his partner Alexandra Cabral is informed by minimal rock’n’roll and gospel with cheap drum machine / synth and fuzz guitar.

Lias from Fat White Family is the best at describing Escape-ism live:

“The pair were mesmerising, consummately professional, reductive in all the right places, effortlessly sexy.“

A Love From Outer Space

A Love From Outer Space has, since 2010, been a steadying anchor on the underground, sustaining one of the most dedicated communities around with regular dancefloor epiphanies.

After Andrew’s departure, in the eternal spirit of ‘…Sail We Must’, Captain Sean Johnston has determined to continue the vibe that the pair spent so many beautiful years patiently cultivating: ‘As far as ALFOS is concerned - whilst he didn’t leave a map - he did leave a very strong compass bearing. In a way, the many sets over the course of the decade we DJ’d together seemed like a dialogue between us about what the ALFOS aesthetic should be. He left me well-schooled and oriented to follow the path’

When not making music with shoegaze legends RIDE or as a solo artist, Andy Bell explores his synthier side with his electronic alias GLOK.

Andrew did a great remix of ‘Cloud Over’ from his first LP and played lots of tracks on his MNFE radio show on NTS.

Decius consists of Fat White Family’s Lias Saoudi, Paranoid London’s Quinn Whalley, and Trashmouth Records’ Luke and Liam. Their sound is informed by early sleazy acid house and a bacchanalian spirit. It is perfect for the Saturday night slot when things get a little wild in the castle.

Vilnius based Opium club resident Manfredas is one of the most exciting DJ / producers on the planet right now.

After years spent amassing knowledge as a radio DJ, he took his talents to the club, where he’s been turning listeners into believers ever since. He releases his own music on Ivan Smagghe’s Les Disques De La Mort label. Andrew did his last B2B (outside ALFOS) with him.

He is closing the ritual on Saturday night in the castle. We are honoured that Calmel & Joseph will once again provide wines for Convenanza!

Languedoc-Roussillon happens to be France’s largest region in terms of organic wines, and Calmel & Joseph’s wines are among the very best.

We are amazed at the consistent quality and character of wines produced by them.

They work their vineyards in the most natural way they can: their estate (15 mn from Carcassonne) is 100% organic, with a variety of crops. It’s a magnificent valley of 160 hectares of protected land, which allows them to experiment with agriculture in a whole new way.

Their aim is simple: to make authentic, natural wines with a sense of place.

Hotels, emotions... where the experience alone through history, culture and gastronomy enhance the journey.

Our emblematic properties invite you to experience unique moments in the heart of the Medieval Citadel of Carcassonne. Convenanza is a 18+ event. There will be no entry to those under 18 and we cannot offer refunds to those who are refused entry at the gate

Tokens are not refundable

Eco cups will be refunded, one at a time, and in good condition

When visiting Convenanza Festival, it is possible that you may be recorded on photographs and / or video recordings that are then placed on our website and social media channels after the event

The following items are not permitted on site and will be confiscated at the main gate: